If it’s fantastic progressive jackpots that you’re after then check out Paddy Power Games where the money just keeps on getting bigger and bigger.

Beach Life — £1,438,000
The Beach Life fruit machine has been one of the most popular slot games online for nearly a decade. The jackpot is usually in excess of €1M, and the game offers a great deal of diversity. Created by Playtech, Beach Life has five reels, 20 pay lines, and bets ranging from 50p to £10.

Monty Python’s Spamalot — £359,063
Spamalot is a Broadway musical and comedy that Eric Idle “lovingly ripped” from Monty Python and the Holy Grail, a film that he participate in. This fruit machine is based on the musical but also a celebration of Monty Python in general. It has five reels, 20 lines and a jackpot of almost a half-million euros.

The Incredible Hulk 50 Lines — £296,716
The 50-line edition of The Incredible Hulk by Playtech has five reels, 50 win lines, and a wide range of special features. As with all Marvel fruit machines developed by Playtech, Hulk is linked to four distinct progressive jackpots, the largest of which has reached $1M.

Fantastic Four 50 Lines — £296,716
The 50-line edition of Fantastic Four by Playtech is an engaging slot with five reels, 50 bet lines, a long list of features, four progressive jackpots, and a standard jackpot worth $100K.

Iron Man 2 50 Lines — £296,717
Iron Man 2 by Playtech is a Marvel-licensed fruit machine based on the 2010 movie starring Robert Downey Jr. as Tony Stark. The 50-line edition has five reels, 50 win lines and numerous features, including symbols that span multiple rows.

So for the best Progressive Jackpots at a fantastic games site that offers tonnes of custoemr promotions just head to Paddy Power Games! 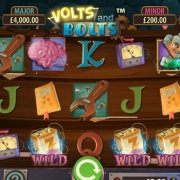 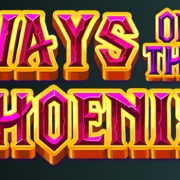 Ways Of The Phoenix Slot Review 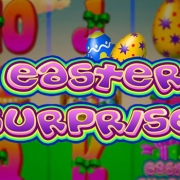